Loyal Xbox fans your day has just been made if you have already read this article, if your just seeing this link now then consider today a fantastic day in the gaming universe!!

Microsoft drops their (DMR policies) no used games trading, buying, and borrowing other friends/family games and/or Rent! Say good-bye to the dreaded internet connection/every 24 hour check-in that had many Microsoft Xbox fans in a huge huff! Super happy! Glad that Microsoft was able to reconsider these decisions!

I knew in my gut that Microsoft would have a change of heart, was just waiting for the day I would be proven right, which was just a few moments ago!! I was never going to turn against them even if they didn’t do this! I am one who loves both system creators and I have all the love in the world for the different consoles, to me its the games that matter not what system you are playing them on!

I will still wait for about a year to pick up either the PS4 or XboxOne so they can work all the bugs that happen when a console launches.

The Game Huntress approves this message!!

Happy Gaming Friends!! Game on Ladies and Gents on whatever console you prefer!

First off, I have to say that I might be a tad biased towards this film, since Snyder is one of my favorite directors. I might not be a huge Superman fan but if they make more movies like this I would definitely become a bigger Supe fan!

Now I know that some may not like this movie since a lot of people are more into Superman in the comics then in films, but I found it to be more enjoyable than any other Superman films that I have seen! Everyone is entitled to their own opinions and I respect what others might feel about this film.

Krypton is under siege and close to destruction, baby Kal-el is sent to earth to be a symbol and protect the planet earth. Throughout the film they integrate Clark Kents childhood into what’s happening in the here and now. He must confront his race to stop them from taking over the planet to replace what they had lost but not without taking casualties. Superman must decide whether or not Earth is ready to know the truth about his extraterrestrial heritage.

Man of Steel has its action packed moments, great dialogue and some amazing eye candy! (Especially Cavill and Melonie aka Det. Stabler from Law&Order:SVU) Can’t wait to see if Man of Steel will set in motion a great movie series. Kid friendly too!!

This movie is about a brother and sister, of course they are named Hansel & Gretel, who as kids get separated from their parents and end up at a house made of Candy, they go to the house and start eating the candy, then only to find out that this house is home to a nasty witch. From there on they make it their jobs to track down witches and stop their witchery ways! This time they face their biggest challenge, and must stop this new form of evil.

I thoroughly enjoyed this movie! It was very Campy/Corny but a great movie to watch if you don’t mind a some blood here and there! It was very tastefully done, I myself covered my eyes a few times!

This is a movie you probably wouldn’t want to watch this with your kids!

The first official trailer from the EA Conference during the 2013 E3 this Monday!

Almost wet my pants glad I least watched this conference!!

Part 2 of The Hobbit!

Had a total geekgasm while watching this video!! If you have not seen the first one then your surely missing out!! 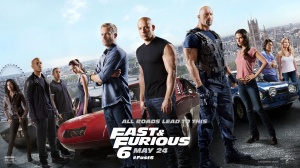 THE BEST OF THE SERIES HANDS DOWN!

In the sixth installment of The Fast and Furious saga Hobbs has Dom and Brian reassemble their crew to take down yet another criminal mastermind, In previous movies everyone believed that Letty was killed in the fourth movie (Fast & Furious) but in this movie Dom wants to find out the truth whether or not she is in fact alive as Hobbs had shown him.

This movie is action packed, you will be at the edge of your seat around every twist and turn, and I cannot wait to add this one to the husbands and I’s collection of Fast and Furious movies!

A SUMMER MUST SEE!! Be sure to stick around at the end of the movie because there is a Easter egg you will want to see!

I give this movie 5 thumbs up even though technically I have only 2!

I beat the Story in just 2 days, just didn’t feel like it had much replay ability as other games have, it also felt as if I have seen this story before whether it be a movie or a show.

Easy to master, even the special moves aren’t that complicated actually refreshing because a few of the Fighter games I have played in the past the special finishing moves or specialty moves were way too complicated to pull off this was always something that turned me off from fighting games.

What really saved some of the game for me was my favorite voice actor, the lovely and talented Jennifer Hale! She plays the voice of Hawkgirl and Dark Frost.

This was what killed the game for me personally. I didn’t get very far with this part of the game because I got too frustrated with the cheapness and overall difficulty.

Sadly I will only be able to give this PS3 game 3 out of 5 trophies, I honestly am glad that I didn’t pick this one up especially at a price of sixty bucks. I got what I wanted out of the story mode an d maybe when the game becomes cheap enough I might just pick it up just to play the Battles and maybe even some multiplayer. I had high hopes from the demo and I was utterly a let down.

Thanks everyone for the support of this blog, each and every one of you make me want to keep on writing. I would also like to apologize it has taken me a long time to write this blog, considering I finished this game about a month ago.

Be sure to follow me on twitter GeekyGamerChick and you can also check out my other blogs that I work for be sure to click the links below :

& I have not written any columns for this site but be sure to check out what this site  has to offer.

This is The Game Huntress signing off, and remember wherever there is experience points/achievements around I will be on the hunt!